One day, I went to lock the doors on my 2011 F-150, and the back passenger door simply… didn’t. It turns out that the F-150’s door will pinch its wiring, damaging the wires. This usually causes the power locks or door speakers to fail. Fortunately, fixing F-150 door wiring is straightforward. 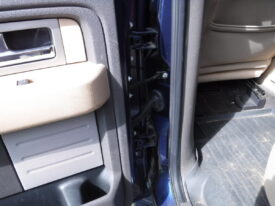 The first step is to… open the door 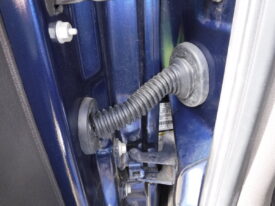 The conduit between the door and truck body

When you open a door on the car, you’ll see this black wire conduit between the door and the body of the truck. 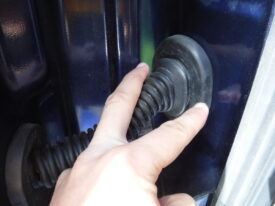 Pinch at these two places 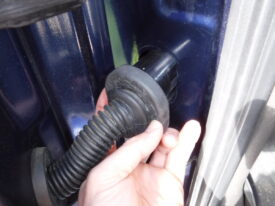 The connector can be pulled back once released

To remove this cover, you pinch it as shown. There are two tabs on the inside of it that will release. There’s a better picture of the tabs in the next section. 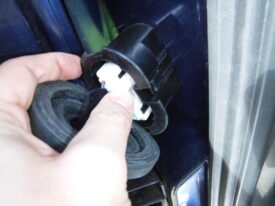 Push this tab to unplug the door 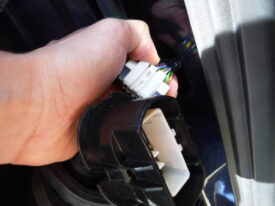 Once unplugged, the wire can be pulled out further and more easily accessed

Unplug this plug from the backside of the cover in order to to pull the wiring out and have better access to make the repairs. 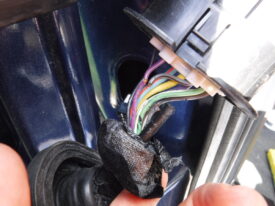 At this point, you can pull back on the main cover to expose the wires and look for damage. In this case, the problem is pretty obvious. I’ll need to repair at least four wires. 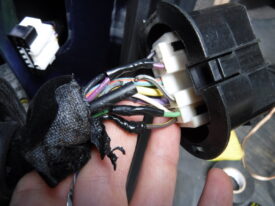 Three of the wires weren’t actually broken, but their insulation was damaged. I didn’t actually use any solder or crimps on these, as it seemed as though it would do more harm than good. Instead, I applied a healthy amount of liquid electrical tape

. It took me a while to realize that all electrical tape is not created equal. 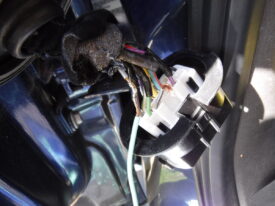 The broken wire needed more work. I probably could have used a butt crimp here with a good set of crimpers

portable iron, powered off of a drill battery. If you’re interested in the setup, I went over it in this article.

In any case, I took a piece of same-gauge wire I had in my toolbox and soldered it to one of the broken wires. 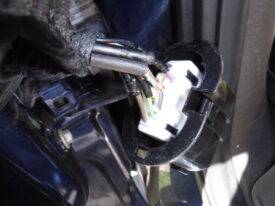 Soldering the new extra wire to the other side

I then slid on some heatshrink and soldered it to the other wire. This is before soldering, of course. It’s kind of ugly, but it’s connected. 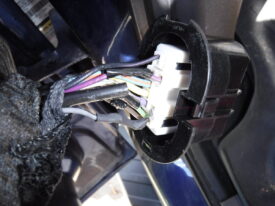 Heat shrink, which unfortunately didn’t quite slide down far enough

And then of course I shrank the heatshrink over the connection. Unfortunately, my ugly glob was too big for the tubing to fully slide over. 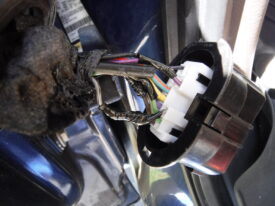 Went back with liquid and real electrical tape 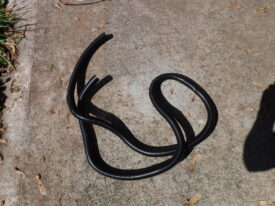 More conduit for the inside 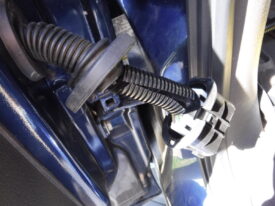 This will hopefully help prevent pinching and kinks

I can’t redesign Ford’s door, but I did add some extra split loom conduit around the wires. Hopefully, the tubing will help protect the wires against further kinking, although time will tell. 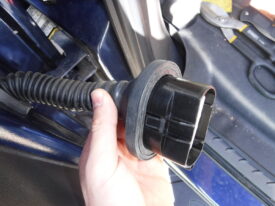 I pulled the cover back up over the conduit, and that’s a wrap. I did this about a year ago, and I haven’t had a problem out of this door since then. If this does happen again, fixing F-150 door wiring is fortunately pretty easy.