Unfortunately, I didn’t actually take pictures as I installed my Harddog rollbar. However, I had to essentially remove it to upgrade my fuel pump to a DW200, as part of my K24 Swap. It seemed easier to make a separate article for this part of the job. Removing a Miata Harddog rollbar is a little annoying, but relatively straightforward. 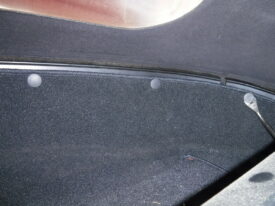 All of these buttons 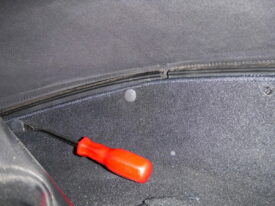 All of these tabs must be removed

Remove all of these tabs from the carpet covering the package shelf. I use one of these cheap fastener removal tools

. You will almost certainly break at least a few of these, since some of them are likely 20+ years old. I also went ahead and bought extra clips

as well. One box will be more than you’ll ever use. 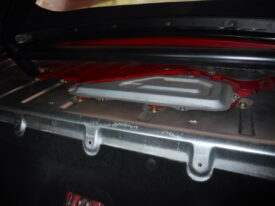 With all of the clips removed, the carpet should pull out easily. 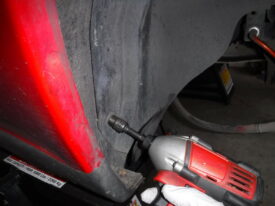 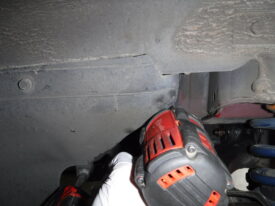 The fender liner on both sides needs to come out to get to the roll bar bolts. Remove two bolts per side as shown, and the liner will drop out. 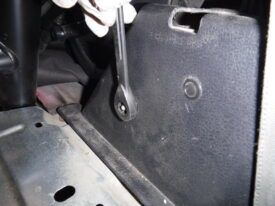 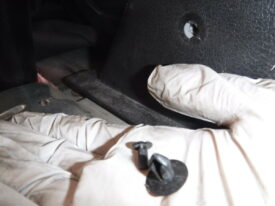 And then this plastic tab

The fender liner exposed the side of the roll bar bolts under the car. Now you need to also get at the inside. To start, undo this weird clip bolt thing, as well as the plastic clip next to it. With those removed, this plastic cover will pull off. Do this on both sides. 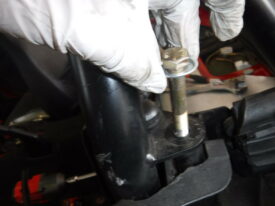 Pull this bolt as well

Remove this bolt as well, again on both sides. 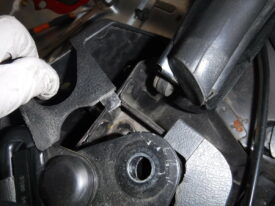 Panel will come right out

This panel should come right out. You guessed it, both sides. 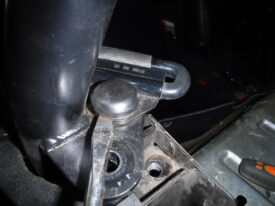 Pop the cover off with a flathead 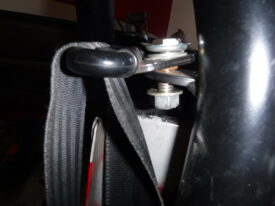 Then you can go ahead and pop this bolt cover off of the bolt holding the seatbelt reel to the roll bar. With the plastic cover removed, the nut on the bottom should now be accessible. Again, both sides. 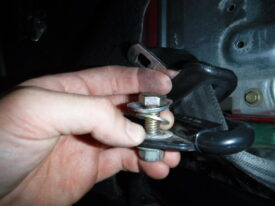 Order to reinstall this hardware

Just in case you forget, this is the order of bolts and washer when you reinstall this hardware. And hopefully you reinstall it on… drumroll… both sides. 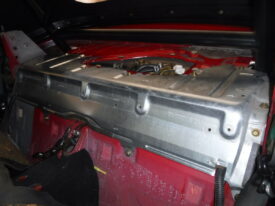 Carpet should be easy to pull back and expose this area

With that panel out of the way, you can now pull back the carpet. Ignore the missing fuel tank cover; I was doing a fuel pump replacement when I took these pictures. You do not have to remove that to get to the roll bar. 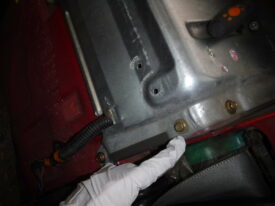 These bolts need to go 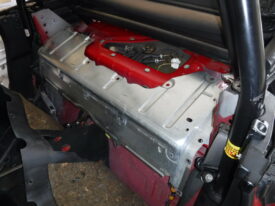 This panel is now removable

With the carpet out of the way, you can now remove these bronze-colored bolts. These hold this cover in place. I have no idea what it’s actually called. 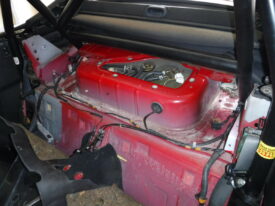 The rest of the roll bar is now exposed

This opens up the trunk and the remaining roll bar bolts. 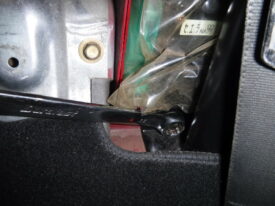 There’s a rather irritating bolt with a 17mm head on it holding the seatbelt reel here. It also holds the roll bar. I couldn’t reach it with my ratcheting 17mm wrench

and had to use a regular 17mm box wrench

. Pretty annoying, honestly. But you get to do it on both sides! 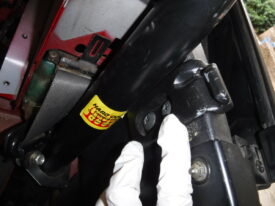 Hardtop latch, if you have it

If you have hardtop latches, those need to go too. On both sides. 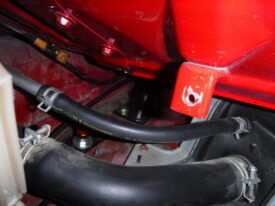 Driver’s side bolts are behind the gas filler cover, if you have it installed 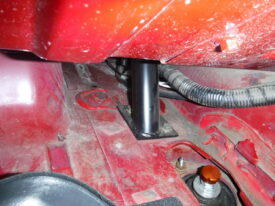 Passenger side is more easily accessed 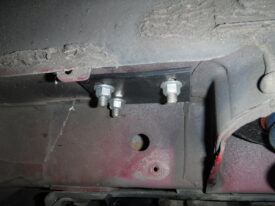 Upper bolts come through into the fender here

There are twelve total bolts for the rollbar. This section covers six of them, three per side. They go from the top of the fender through into the trunk area. Here is the top view of each side, as well as the fender view on one side. You either need long arms or a helper to hold a wrench on the bolt while you undo the nut in the fender. 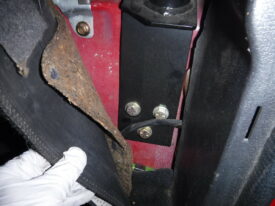 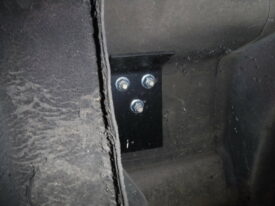 Fender view of these bolts

The lower bolts are very similar. These are easier to do without help. They go from the front of the fender to just behind the car seats. 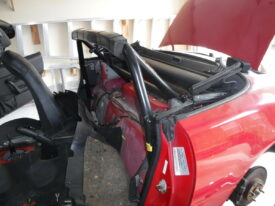 Its free and can now be removed from the car

You have now completed removing a Miata Harddog rollbar. The bar should simply pull free of the car. I have it merely loosened here, because I was replacing the fuel pump as mentioned earlier.