As part of my K24 Miata Swap, I wanted to use a 6-speed transmission. As I installed it, I documented rewiring the Miata 6-speed for an NA Miata. It’s pretty straightforward. To adapt it, you simply need to swap the speedometer sending unit and splice the reverse light wires.

It’s well-known that a Miata 6-speed actually has a lower-RPM sixth gear than the fifth gear in a 5-speed. The 6 gears are closer together. This isn’t great on the street but can be an advantage on the track, particularly when you have a motor that revs to 8000 rpm.

The 6-speed is also stronger. Where the 5-speed can handle 200 to 250 lb-ft of torque, the 6-speed can deal with up to 300. This makes it a requirement in many turbocharged applications.

The downside is that the shifting feel isn’t quite as good. I don’t notice it being all that much worse than my 5-speed was, but your mileage may vary. 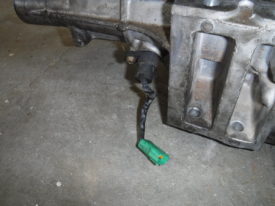 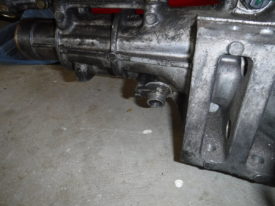 To start, unplug the speedometer sending unit. On the 6-speed, it will be digital to match an NB. 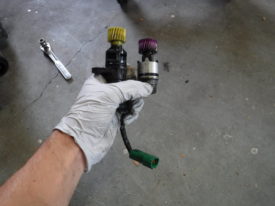 Fortunately, the NA speedometer sending unit will fit directly in place of the NB one. Note that your sending unit should match your rear differential. In my case, I still had the 4.1 gear ratio my 1997 Miata came with. 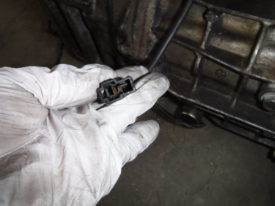 The NB reverse light has this plug 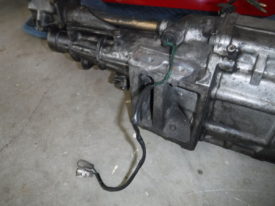 The NA has these two connectors instead

The 6-speed also has a different reverse light connector, as shown in the picture. 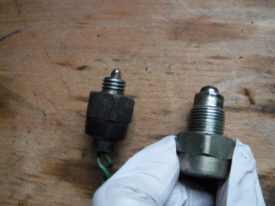 Unfortunately, the reverse lights also have different connectors to the transmission. We can’t simply swap reverse light plugs like we did for the speedometer sending unit. It won’t fit. 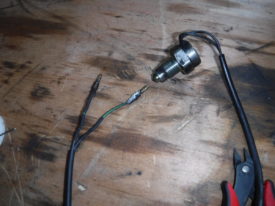 Spliced the NA wiring connectors on the NB plug

The solution is to simply splice the NA wiring connectors onto the NB plug. Note that polarity doesn’t matter here. This connector is really just a switch, so there’s no way to get the wires “backwards.” I chose to do solder and heatshrink, but a good crimp tool

would work as well if that’s your thing. 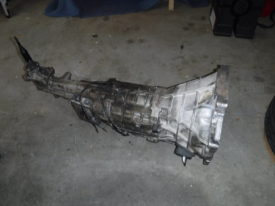 Ready to drop in

And that’s it. The transmission is ready to drop in. Rewiring the Miata 6-speed for an NA is pretty straightforward.